It’s already been 1 year since I the last time I went to London, and within that 1 year, many things have changed. One of the things that change is TATE modern so this post would be an update version of my previous post about the place.

Located on Bankside, London SE1 9TG, United Kingdom, TATE Modern is Britain’s national gallery of international modern art and forms part of the Tate group (together with Tate Britain, Liverpool, St Ives, and Tate Online). It was based in the former Bankside Power Station, in the Bankside area of the London Borough of Southwark.

TATE modern holds the national collection of International modern and contemporary art dating from 1900 until today. Nowadays Tate Modern currently has ten floors (Seven on the boiler house, and 10 on the switch house) The gallery space was started from levels 0 to 4. Level 5 is a special event, level 6 to 9 is member and staff area, while level 10 is the viewing platform where you could see the overall view of Southbank area.

The primary collection (from floor 0 to 4) displays consist of 4 wings. Each was taking up approximately half a complete floor of the main building (Each wing has a named theme or subject).

Within each wing, some rooms change periodically showing different works in keeping with the overall theme or subject of the wings, from Artist & Society to Material & Object, and Media Networks on Boiler House.

And a Subject such as Living Cities, Between Object & Architecture, and The Artist Room: Lousie Bourgeois on Switch House. 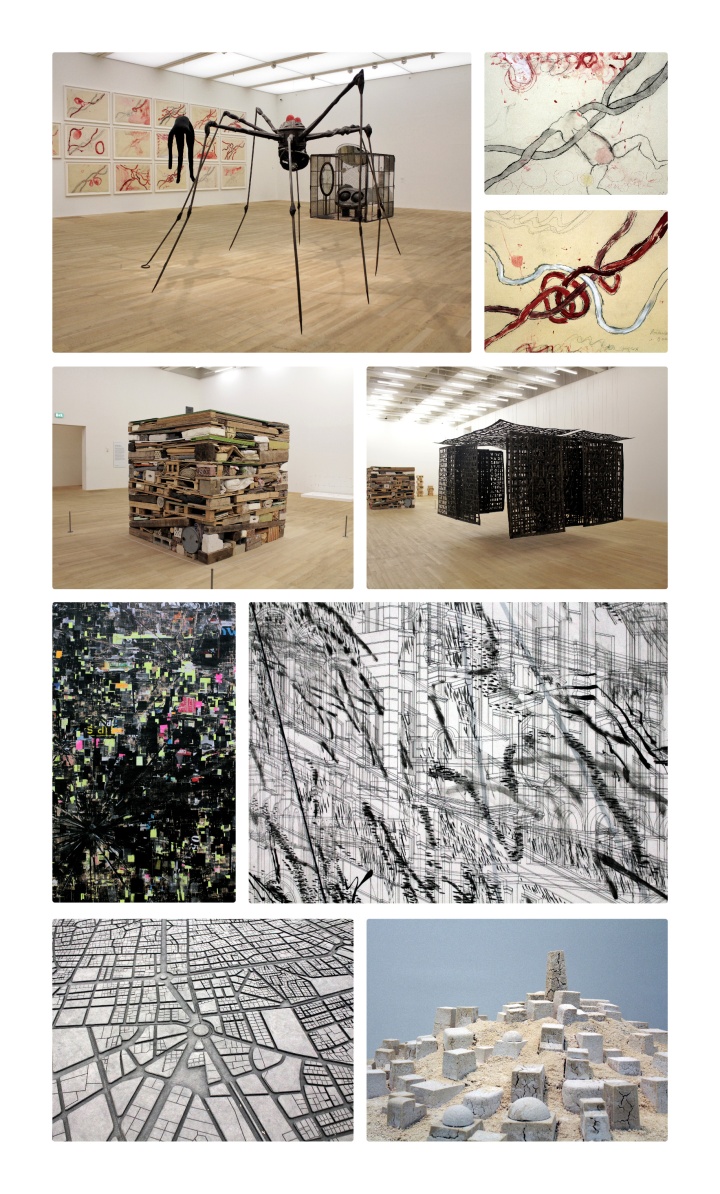 It’s Interesting, isn’t It? When I visiting there’s one room that display range of artwork that works in some kind of Optical Illusion theme. On this room, each artwork evolves depends on the angle and the way you see It. This kind of artwork is brilliant because It shows what design is by giving a real example of its principle in terms of contrast, balance, movement, continuity, etc. 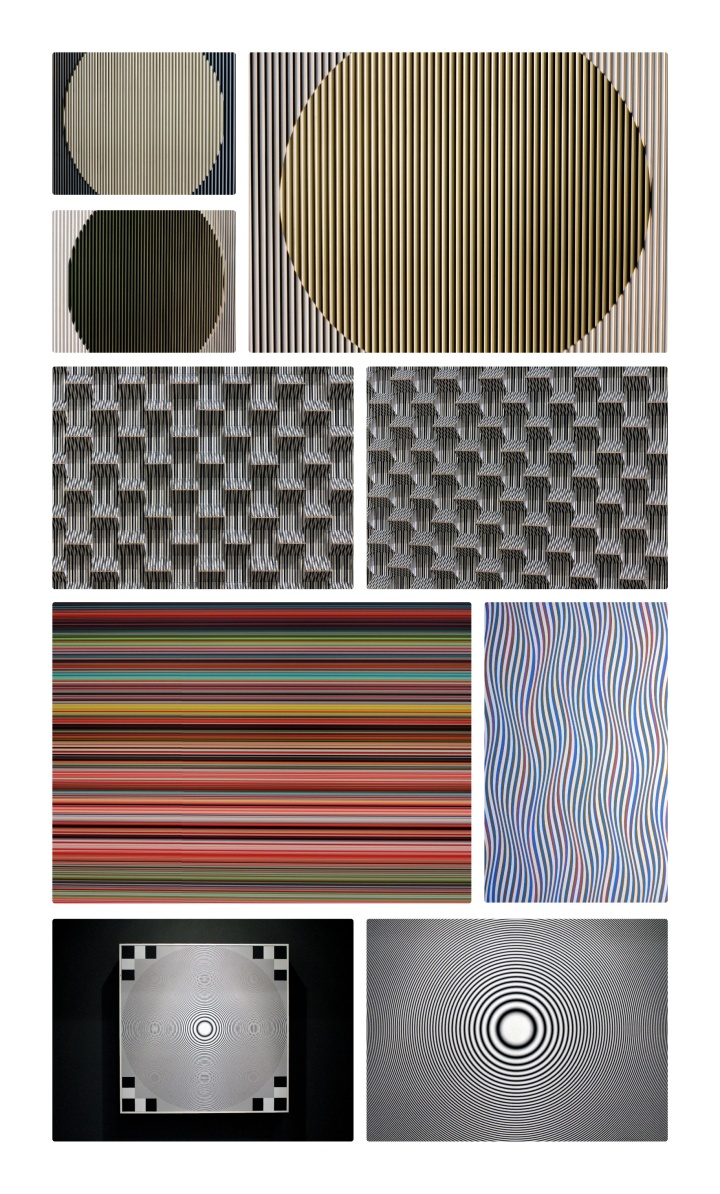 From their display and collection, there are 2 Artworks that took my attention. The first one is called “African Adventure 1999 – 2002” By Jane Alexander. It is is an installation comprising thirteen individually titled figures, each of which has a specific placement on a large rectangular area of red Bushmanland earth that measures approximately eight by five metres.

African Adventure is considered one of Alexander’s most important works. Described as her most extensive project by historians Marten Ziese, Simon Njami and others, African Adventure is a comment on colonialism, identity, democracy and the residues of apartheid. 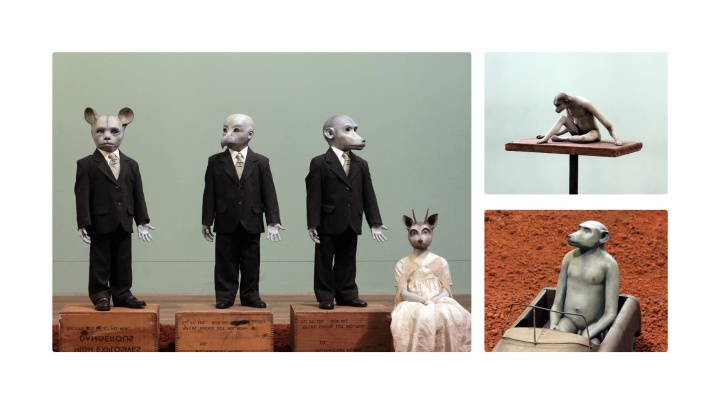 The second one Is called “Behold 2009” by Sheela Godwa. This large-scale installation consists of two contrasting materials: steel car bumpers and knotted human hair…Yes, a human hair. If you are Hypochondriac person I could tell what you feel

since It involve a huge amount of real human hair, but apart from that the overall concept is what makes this artwork good.

Gowda’s work is rooted in her experience of daily life in Bengalaru (formerly Bangalore), India, observing the coexistence of ritual and superstition alongside modern urban and economic transformation. For Behold 2009 she was inspired by the humble talismans of human hair that are knotted around car bumpers to ward off bad luck. The hair comes from local temples, where it is cut off as a sacrificial offering when pilgrims fulfil sacred vows. 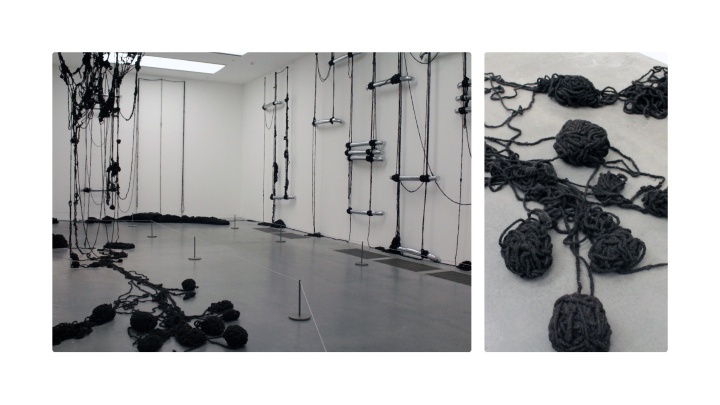 After circling around all of that artwork, make sure to go to the very top floor of this building, which is a viewing platform with a stunning view of the River Thames. 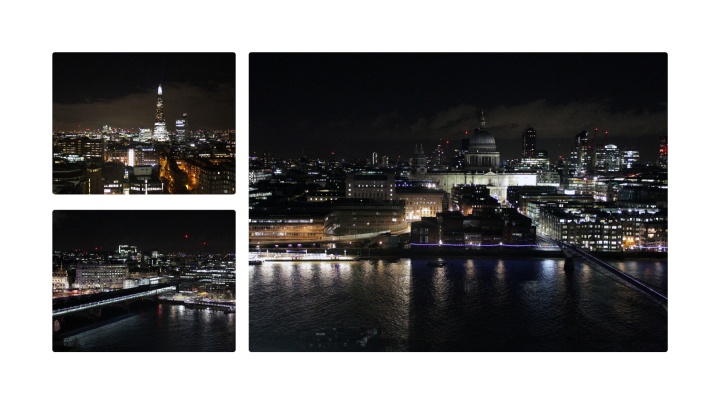 This place without no doubt is one of my favourite art galleries and must visit place when you went to London. This place teaches you that art is not just doing random scribbles or throwing random stuff and put it together which most of the time and nowadays are the case. Art has the power to transform, to illuminate, to educate, to inspire, and to motivate.

Before I closed today’s post, Here’s some Tips & Tricks for you who planning to visit TATE Modern:

Tell me what you think Cancel reply

Creator of Lifestyle & Travel blog Edvisored. from words "Advisor" that means “One that advises.” this blog will give you some travel advise & review about place of interest that he has visited, and some useful tips and tricks about what to do and not to do there. View all posts by edvisored